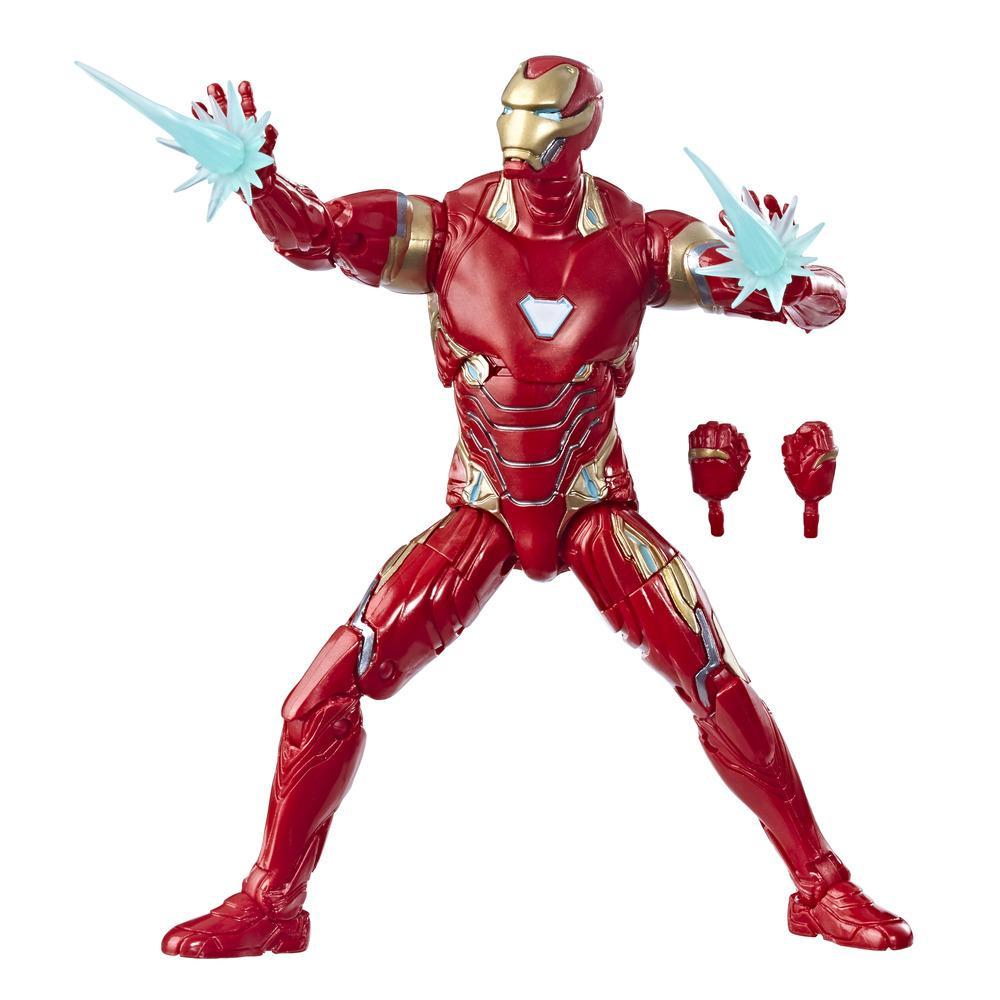 " 6-INCH SCALE IRON MAN FIGURE  A wealthy executive and technological genius, Tony Stark suits up as Iron Man to protect the world from Thanos and the Black Order. Imagine the high-tech hero from Avengers: Infinity War battling alongside Captain America, Thor, Spider-Man, Hulk, and the other Avengers with this 6-inch scale Iron Man figure.

" MARVEL UNIVERSE IN 6-INCH SCALE - Look for other Marvel Legends Series figures (each sold separately) with comic- and movie-inspired characters from the Marvel Universe, including Captain America, Thor, Spider-Man, Hulk, the Avengers, and more, to build a Marvel Legends figure collection worthy of recognition. (Additional figures each sold separately. Subject to availability).