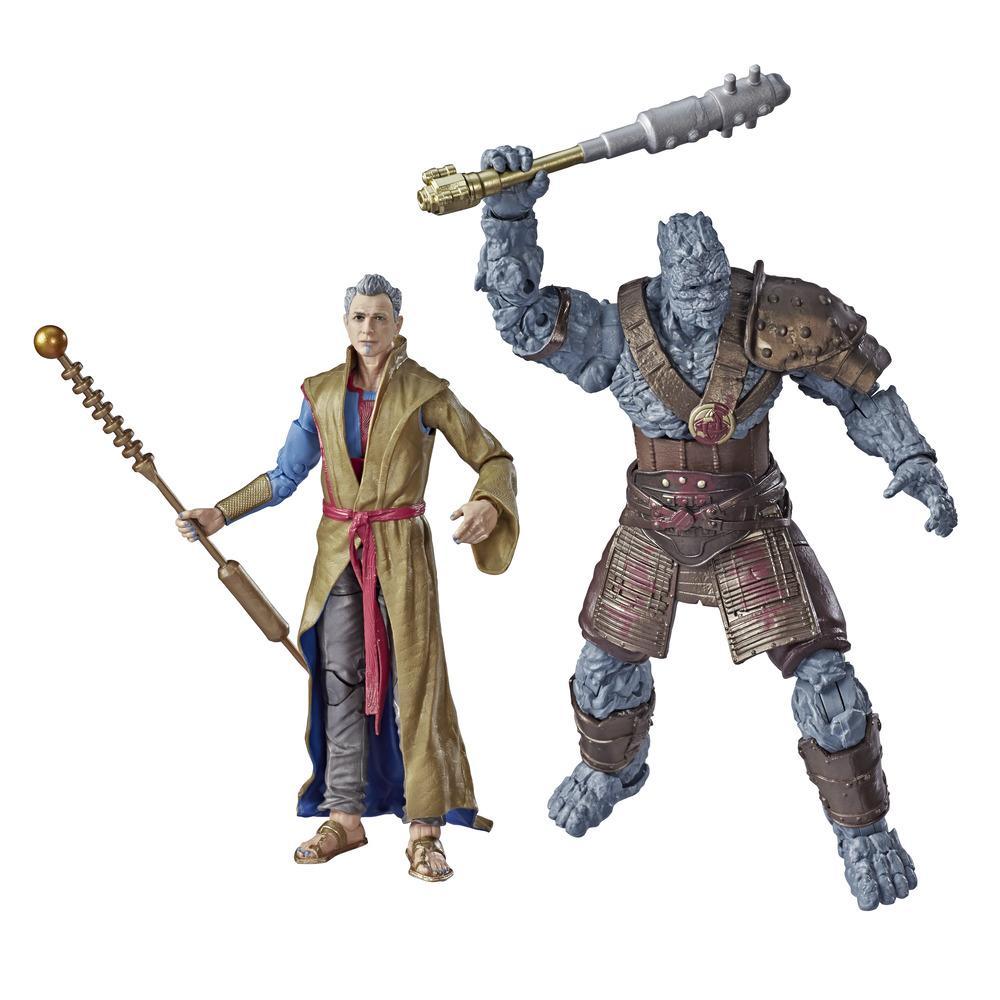 The exuberant and dangerous ruler of a distant planet built on chaos and indulgence, The Grandmaster controls an incredible gladiatorial contest in which Thor and other powerful beings from throughout the cosmos face-off in spectacular and deadly combat.

A giant rocket monster of the Kronan species, Korg is a captured revolutionary forced by the Grandmaster to fight in his gladiatorial games.