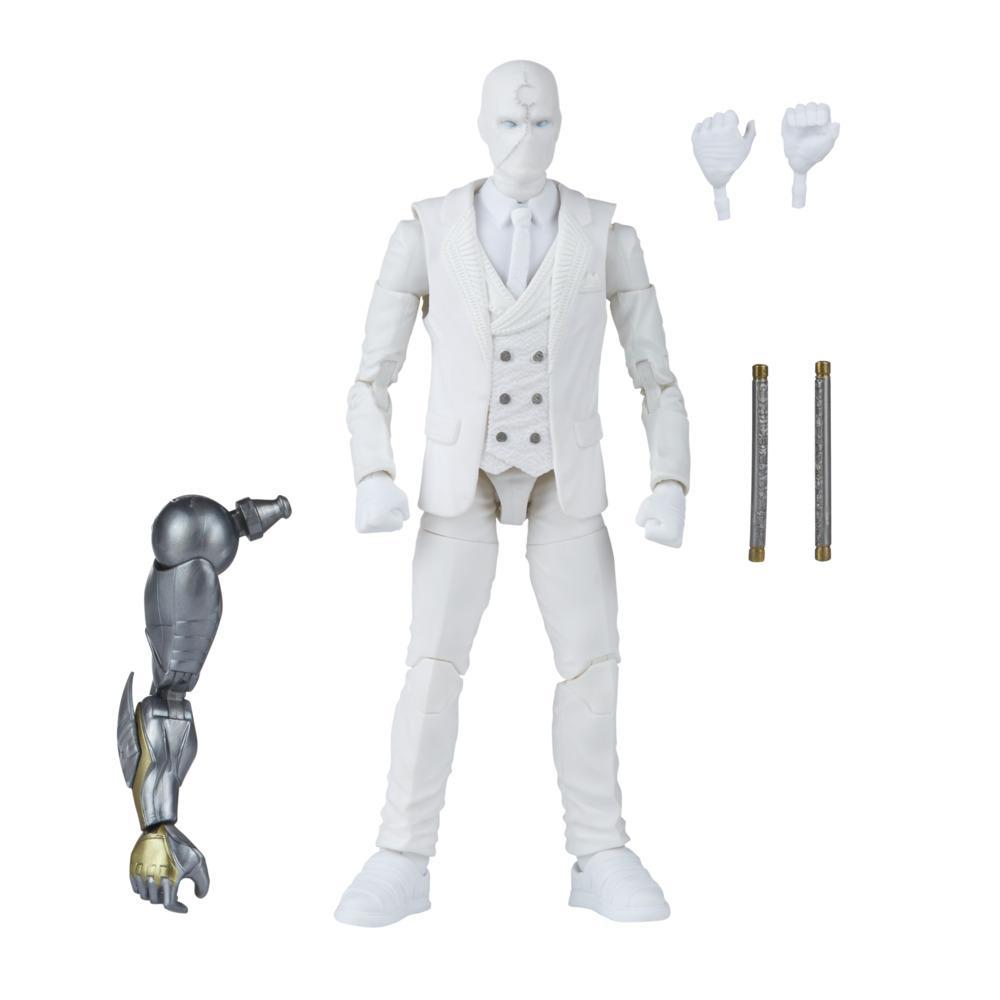 In hiding after breaking the Sokovia Accords, Sharon Carter inevitably finds herself entangled in Sam and Bucky’s globe-trotting fight. With over 80 years of entertainment history, Marvel has become a cornerstone of fan collections around the world. With the Marvel Legends Series, fan favorite Marvel Comic Universe and Marvel Cinematic Universe characters are designed with premium detail and articulation for posing and display in collections. From figures to vehicles to premium roleplay items, the Marvel Legends Series offers elite character-inspired product for Marvel fans and collectors. Additional figures each sold separately. Subject to availability. Copyright 2022 MARVEL. Hasbro and all related terms are trademarks of Hasbro.

•6-INCH-SCALE COLLECTIBLE FIGURE: Fans, collectors, and kids alike can enjoy this 6-inch-scale Marvel Legends MCU Disney Plus Sharon Carter action figure
•INSPIRED BY HAWKEYE ON DISNEY PLUS: This Sharon Carter figure is inspired by the character’s appearance in Marvel Studios’ The Falcon and the Winter Soldier on Disney Plus!
•PREMIUM ARTICULATION AND ACCESSORIES: This 6-inch Marvel Legends Series Disney Plus Sharon Carter figure features premium articulation, and accessories inspired by her appearance in the MCU!
•MARVEL UNIVERSE IN 6-INCH SCALE: Look for more Marvel Legends action figures inspired by the Marvel Cinematic Universe on Disney Plus, including Ms. Marvel, Moon Knight, and She-Hulk! (Additional figures each sold separately. Subject to availability)
•INCLUDES BUILD-A-FIGURE PART(S) (INFINITY ULTRON): Each Marvel Legends Disney Plus figure includes at least one Build-A-Figure piece. Collect all the figures to assemble an additional figure (Additional figures each sold separately. Subject to availability.)