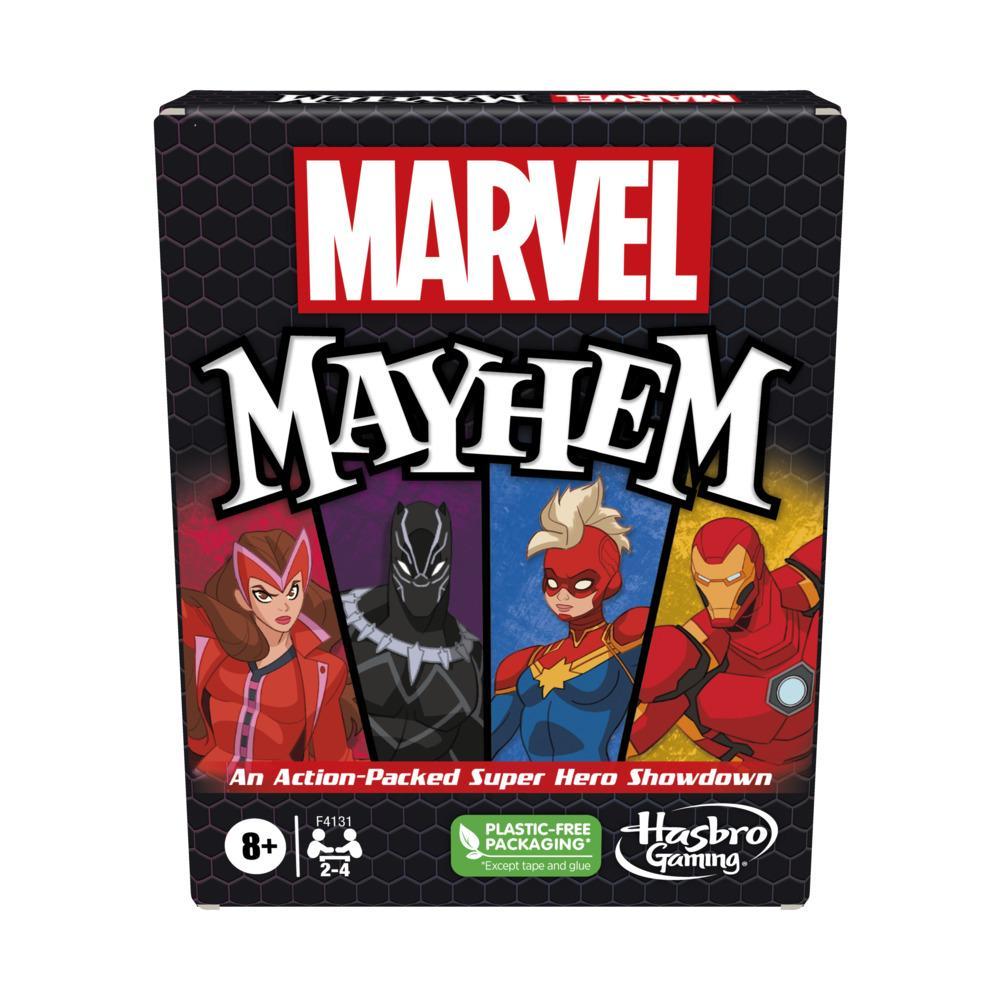 It's a super-fun, super-exciting Super Hero showdown! In this fast and furious, easy-to-learn game for families and kids 8+, players choose a character deck and play cards that feature unique super powers and allies. Harness Black Panther's speed, learn the power of manipulation with Scarlet Witch, unleash Captain Marvel's cosmic powers, or strategize with Iron Man's armory. Players protect their hit points while doing damage to opponents as they try to be the last Super Hero standing to win. The Marvel Mayhem card game features comic-inspired custom illustrations, iconic Marvel character phrases, and fun humor. This fun card game is filled with action and suspense, and can be played in about 10 minutes. Break out the game for a family game night. It makes a great gift for Marvel fans. Copyright 2021 MARVEL. Hasbro Gaming and all related trademarks and logos are trademarks of Hasbro, Inc.

•PLAY AS A MARVEL SUPER HERO: It's a fast-playing card game filled with super-power-slinging fun! Play as Ironman, Captain Marvel, Scarlet Witch, or Black Panther in this battle of champions
•BATTLE IT OUT!: Get ready for a free-for-all battle of champions in this fun card game for 2-4 players! Players use cards to deal damage to opponents while trying to avoid damage themselves
•USE SUPER POWERS: Each Marvel Super Hero has unique abilities, gear, and allies that can be used throughout the game to help them win. The game comes with 4 decks of cards, one for each character
•LAST PLAYER STANDING WINS: Players start with 10 hit points on their tracker. Play a card that deals damage to another player and they'll lose hit points. If their points drop to zero they're out
•FAST, EASY GAMEPLAY: This fun card game for ages 8+ can be played in under 10 minutes. A great choice for family game night! Battle it out over and over as different characters with different abilities