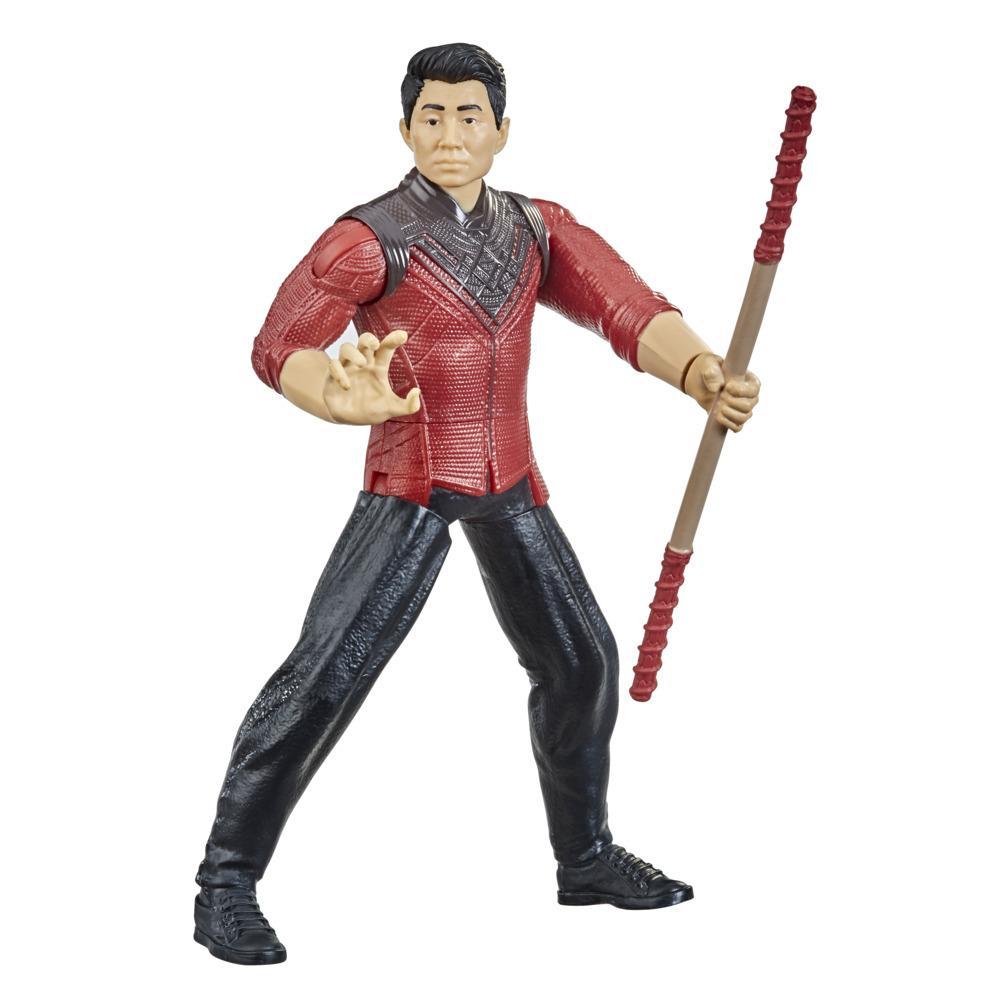 Marvel Shang-Chi And The Legend Of The Ten Rings Shang-Chi Action Figure Toy With Bo Staff Attack Feature! For Kids Age 4 And Up

Wielding his Bo Staff against opponents, Shang-Chi practices stick fighting, one of many martial arts. Join Shang-Chi and the power of the legendary Ten Rings as he tangles with formidable foes! Shang-Chi was trained in many martial arts for the secretive Ten Rings organization. On his journey toward mastery, he is drawn into a powerful web and must confront the past he thought he left behind. Kids can imagine their own adventure to claim their destiny with this Shang-Chi with Bo Staff Attack figure, inspired by the movie Shang-Chi And The Legend Of The Ten Rings, part of the Marvel Cinematic Universe. © 2021 MARVEL © 2021 HASBRO Hasbro and all related terms are trademarks of Hasbro.

•BO STAFF ATTACK! Shang-Chi, trained in many martial arts by the secretive Ten Rings organization, confronts opponents with the Bo Staff Attack just like in the Marvel movie Shang-Chi And The Legend Of The Ten Rings!
•LIGHTNING-FAST ACTION: Grasp Shang-Chi figure by the legs, squeeze, and the Bo Staff strikes with a lightning-fast move! Release Shang-Chi’s legs and he returns to his ready position, poised to strike again.
•MARTIAL ARTS EXPERT: Shang-Chi’s training in various martial arts includes stick fighting; his Bo Staff is ready to attack and can move again and again when he must battle his enemies!
•IMAGINATIVE, CREATIVE TOY: With Shang-Chi’s Bo Staff, kids can create new stories of heroes and villains in their own Ten Rings adventure, and imagine themselves claiming their destiny and fighting evil.
•MORE SHANG-CHI FUN: Look for other Hasbro Marvel Shang-Chi And The Legend of the Ten Rings figures and gear including movie-inspired figures Xialing, Katy, and Death Dealer. (Additional figures each sold separately. Subject to availability.)

•Ages 4 and up.
•WARNING: CHOKING HAZARD – Small parts. Not for children under 3 years.
•Includes: figure.