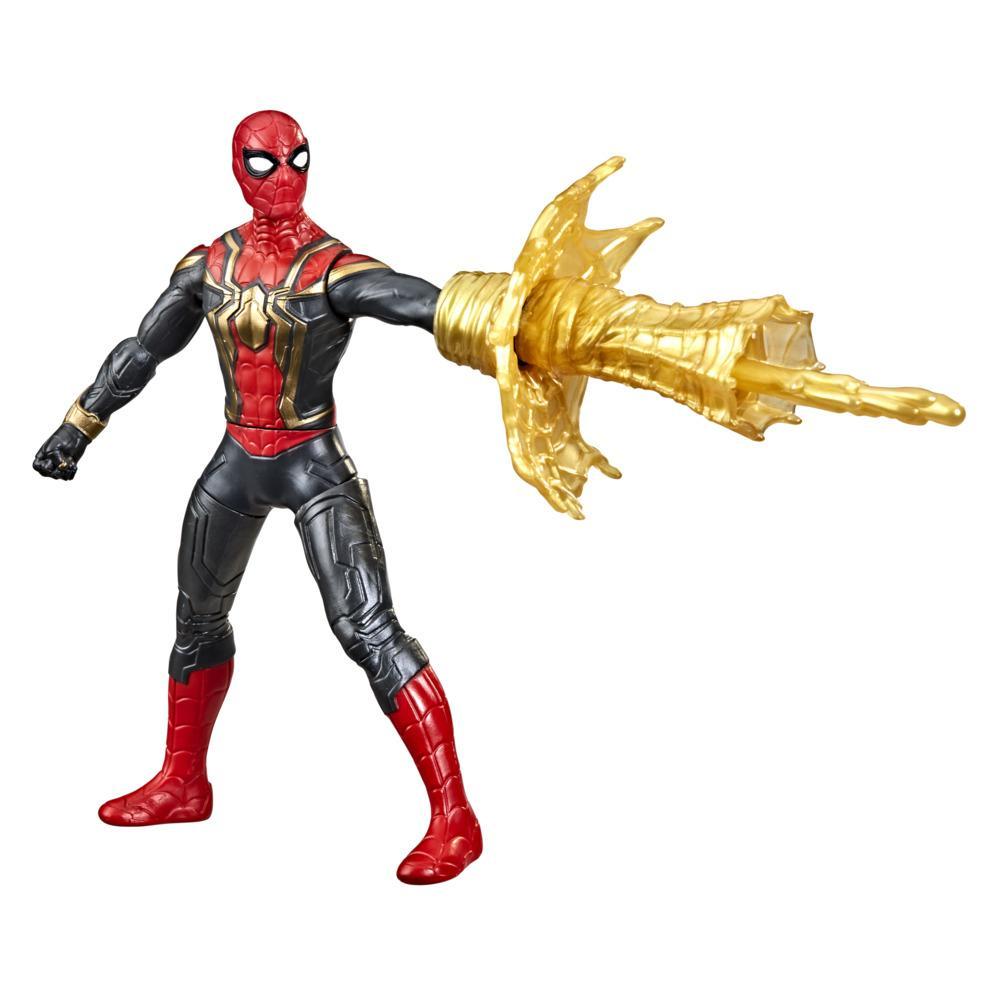 Spider-Man's Web Spin is a powerful weapon in the fight against evil and villains everywhere! Swing into excitement with Spider-Man! With this Spider-Man movie-inspired line of toys, kids can imagine the web-slinging, wall-crawling action as Spider-Man faces new challenges and new villains. Additional products each sold separately. Subject to availability. Kids can imagine their own epic adventures with this 6-Inch Deluxe figure inspired by Marvel’s Spider-Man movie, part of the Marvel Cinematic Universe. © 2021 MARVEL. © 2021 CPII. Hasbro and all related terms are trademarks of Hasbro.

•SQUEEZE FIGURE’S LEGS FOR COOL WEB SPIN ATTACK: Squeeze action figure's legs and an arm-mounted weapon will spin and blast a projectile (included)
•FEATURES WEAPON (DOES NOT DETACH) AND PROJECTILE: Figure features a cool, gold-colored weapon with design inspired by the movie (weapon does not detach from figure's arm)
•6-INCH SCALE FIGURE, MOVIE-INSPIRED DESIGN: This 6-inch Deluxe Spider-Man figure features design inspired by the Spider-Man movie, part of the Marvel Cinematic Universe
•IMAGINE SAVING THE DAY WITH SPIDER-MAN: Imagine joining Marvel’s iconic hero Spider-Man as he swoops through the city to do battle against villains threatening peace
•LOOK FOR OTHER SPIDER-MAN SUPER HERO GEAR: Look for other Spider-Man toys inspired by Marvel's Spider-Man movie. Additional products each sold separately. Subject to availability

•Ages 4 and up
•WARNING: CHOKING HAZARD - Small parts may be generated. Not for children under 3 years.
•Includes: figure and projectile.