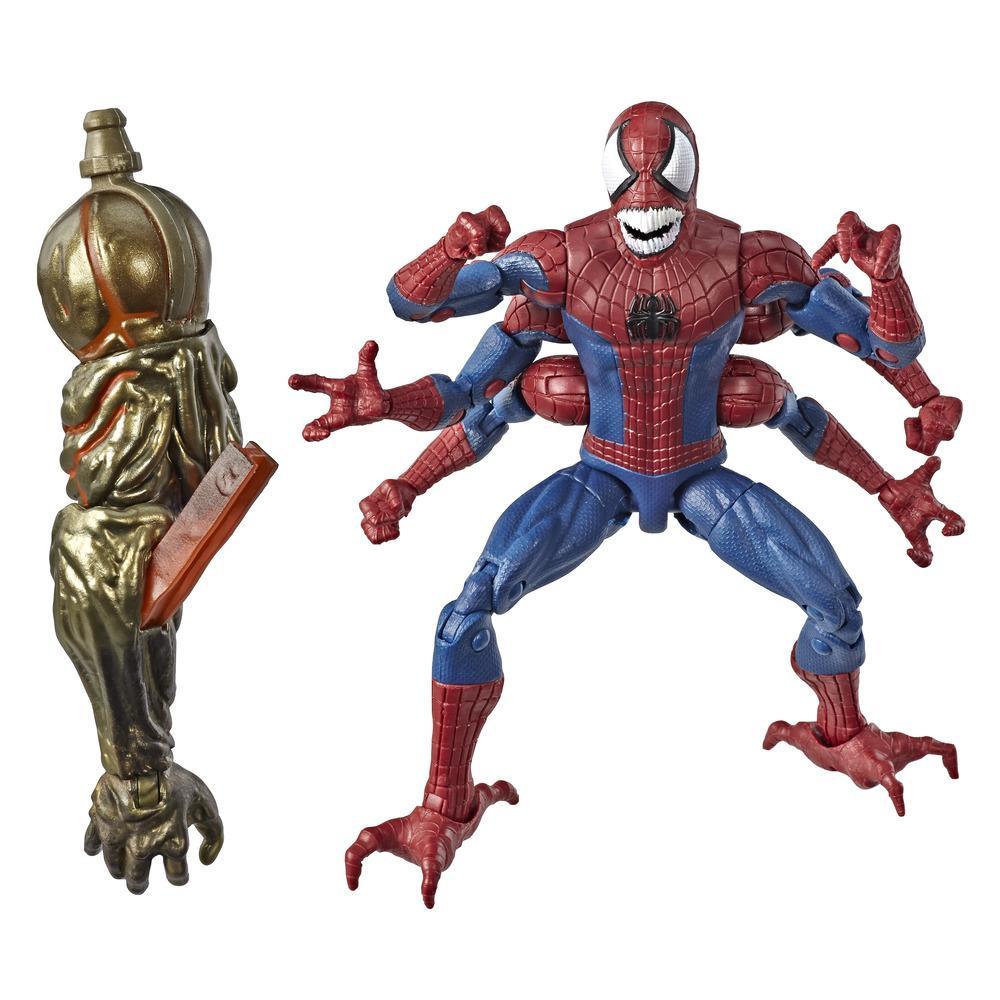 An evil, mindless duplicate of Spider-Man infused with supernatural energy by the Demogoblin, the six-armed Doppelganger has deadly claws and can shoot razor-sharp webbing.

This high-end 6-inch Demogoblin Spider-Man figure is highly articulated and features comic-inspired design, making it another worthy addition to the Marvel Legends Series.