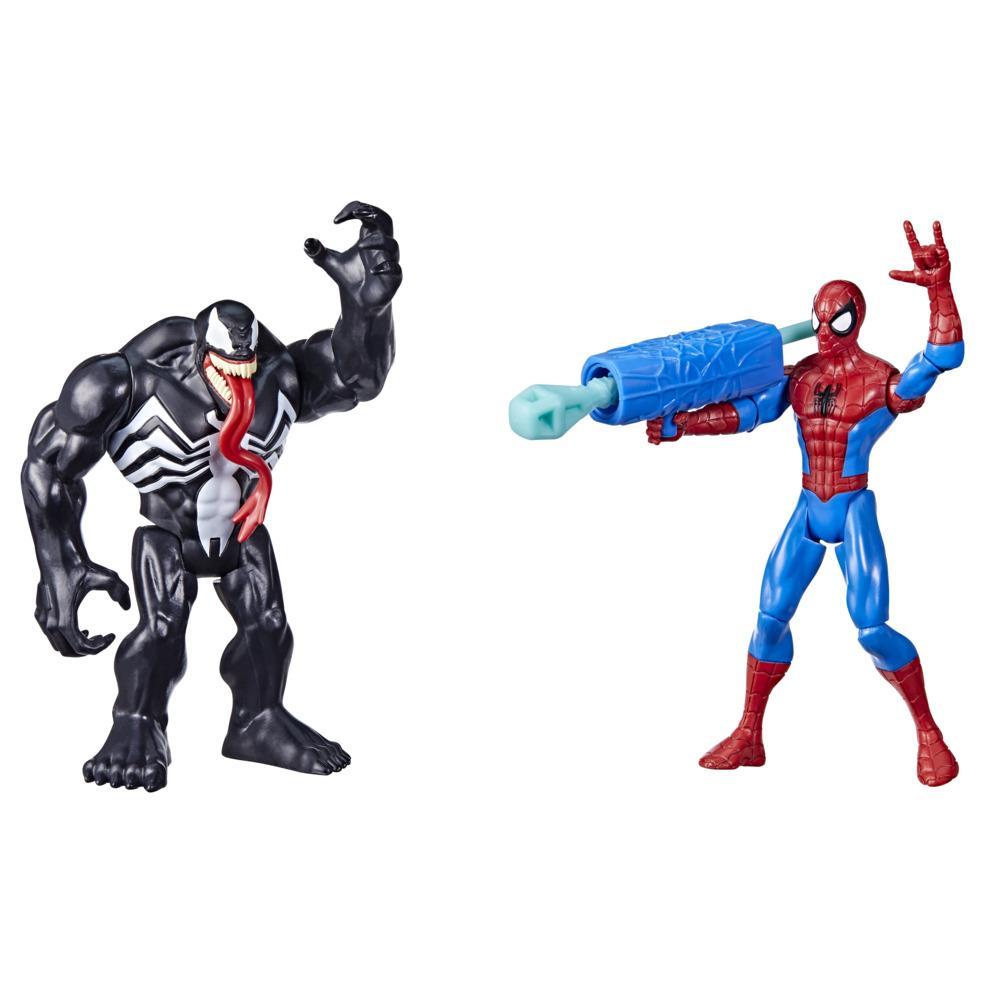 Spider-Man swings in to battle the symbiotic Venom! Swing into superpowered action and adventure with the Marvel Spider-Man 6-inch-scale action figure battle packs! Featuring an iconic hero and villain inspired by the Spider-Man Universe, these Spider-Man toy 2-packs let kids ages 4 and up imagine wall-crawling excitement and web-slinging battles! (Each sold separately. Subject to availability.) The 6-inch-scale Spider-Man and Venom action figures are detailed to look like the iconic characters from the Marvel Universe, featuring multiple points of articulation, classic-inspired design and deco, and an included projectile launcher with projectile. Copyright 2022 MARVEL. Hasbro and all related terms are trademarks of Hasbro.

•SPIDER-MAN VS VENOM: Spider-Man swings in to battle the symbiotic Venom
•ICONIC SPIDER-MAN CHARACTERS: Marvel Spider-Man battle packs action figure 2-packs include an iconic hero and villain, featuring classic-inspired design and detail (Each sold separately. Subject to availability.)
•POSEABLE ACTION FIGURES: The Spider-Man and Venom 6-inch-scale action figures feature multiple points of articulation, so kids ages 4 and up can pose them for exciting web-slinging battles they can imagine
•PROJECTILE-LAUNCHING ACTION: Boys and girls can press the button on the included projectile launcher to blast a missile at the symbiotic alien known as Venom -- one of Spider-Man’s greatest enemies
•LOOK FOR OTHER MARVEL SPIDER-MAN FIGURES: Look for other Marvel Spider-Man toys to collect, swap with friends, or give as gifts (Each sold separately. Subject to availability.)

•Ages 4 and up.
•WARNING: Small parts may be generated. Not for children under 3 years.
•Includes: 2 figures, projectile launcher, and 1 projectile.