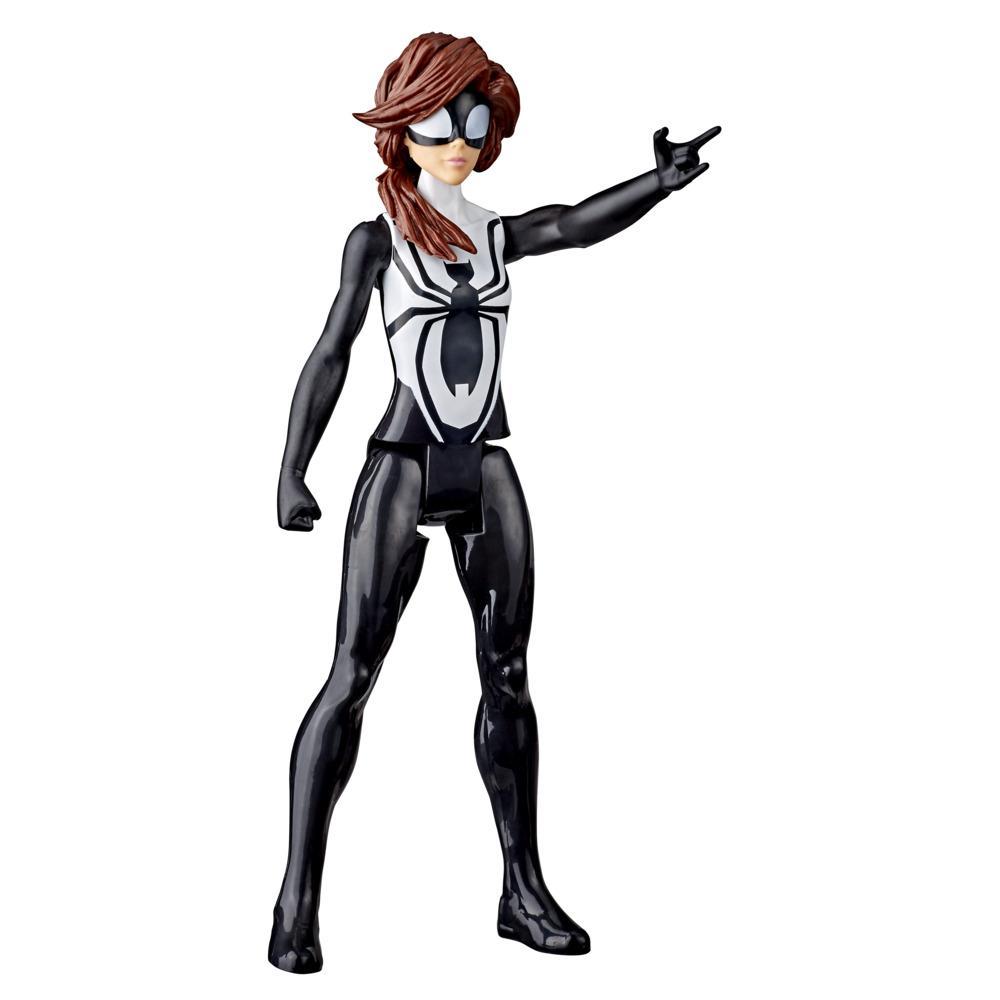 Imagine the web-slinging hero swinging into action with the 12-inch-scale Spider-Girl figure from the Titan Hero Series! This figure includes a back port for the Titan Hero Blast Gear FX launcher (not included; sold separately with Titan Hero Blast Gear figures) so when kids connect the launcher, they can power up their figure, activate character-specific sounds and phrases, and launch projectiles!

• 12-INCH SCALE SPIDER-GIRL FIGURE – Imagine web-slinging adventures with this 12-inch-scale Spider-Girl figure with ball joint articulation, inspired by Marvel comics.
• SPIDER-MAN COMICS-INSPIRED DESIGN – Fans can imagine web-slinging daring battles with this Spider-Girl figure, with classic-inspired details and figure design inspired by the Marvel comics.
• COMPATIBLE WITH TITAN HERO BLAST GEAR LAUNCHER (not included) – Connect to Titan Hero Blast Gear figures (each sold separately) for sounds and phrases from the Marvel comics.
• LOOK FOR OTHER TITAN HERO SERIES TOYS - Be on the lookout for other Spider-Man figures and gear to imagine the web-slinger swinging into action! Additional products each sold separately. Subject to availability.