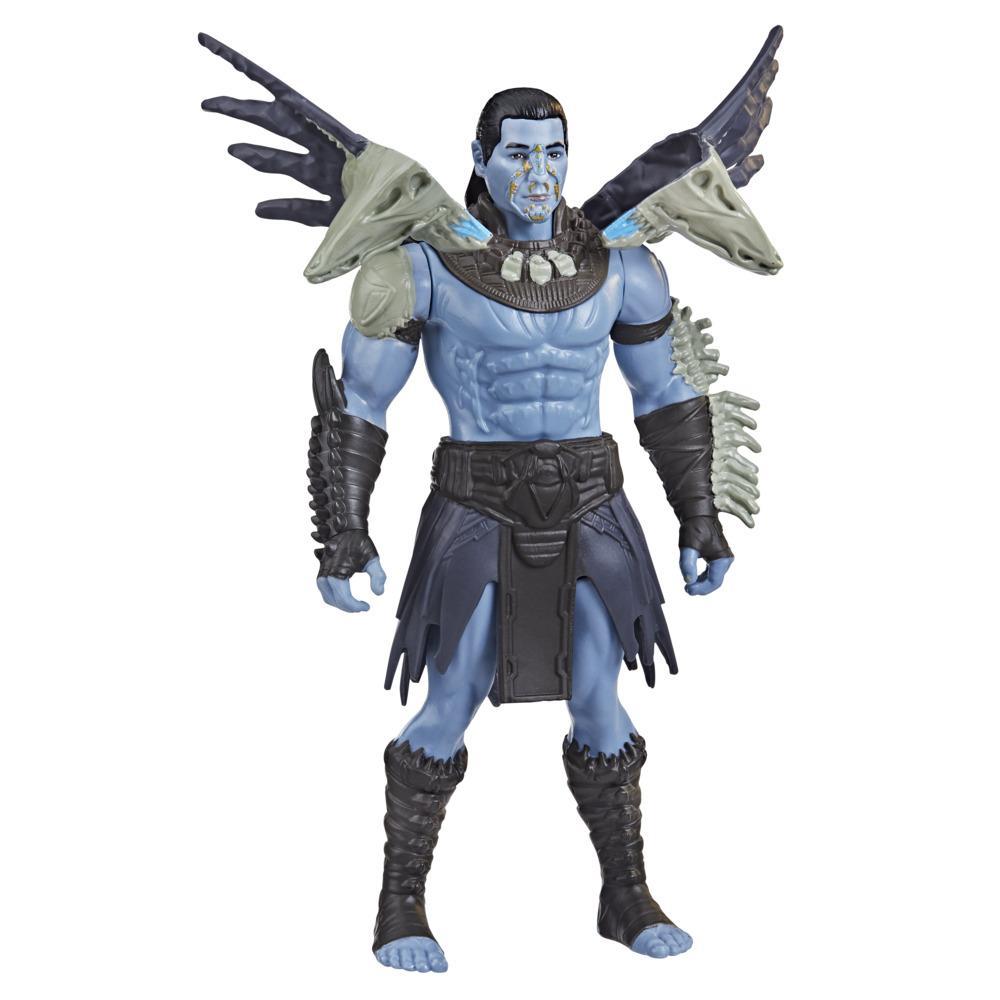 Warning:
Warning: Small parts may be generated. Not for children under 3 years.

The strongest general in Namor’s army, Attuma is brash and a little reckless, and isn’t afraid to defy orders if it means finding an opponent worthy of battle. This 6-inch Shark Action Attuma action figure is designed and inspired by Marvel Studios' Black Panther Wakanda Forever. Kids ages 4 and up can imagine creating their favorite moments from the Marvel Universe and gear up for epic pretend battles when they play as this fearless general. Activate Attuma's power up feature by squeezing figure's legs. Reset action feature by closing shark headdress over figure's head and play again! Shark Action Attuma is a great gift for kids and Marvel fans alike, or as a perfect addition to any Black Panther toy collection. Collect all Marvel Studios' Black Panther Wakanda Forever action figures! (Each sold separately. Subject to availability.) Hasbro and all related terms are trademarks of Hasbro. Copyright 2022 Marvel.

•POWER UP WITH ATTUMA: Kids 4 and up can imagine playing as strong and fearless Attuma with this 6-inch action figure and unique power up feature
•ACTIVATE POWER UP FEATURE: Squeeze Attuma action figure's legs to activate shark headdress that pops open
•CLOSE HEADDRESS TO RESET: Return shark headdress to its original form over Attuma's head for endless pretend battle play
•MOVIE INSPIRED DESIGN: Shark Action Attuma action figure is created with a unique design and inspired by Marvel Studios' Black Panther Wakanda Forever
•COMPLETE YOUR COLLECTION: Look out for other Marvel Black Panther action figures and play as your favorite super hero characters (Each sold separately. Subject to availability.)

•Ages 4 and up
•WARNING: Small parts may be generated. Not for children under 3 years.
•Includes figure.