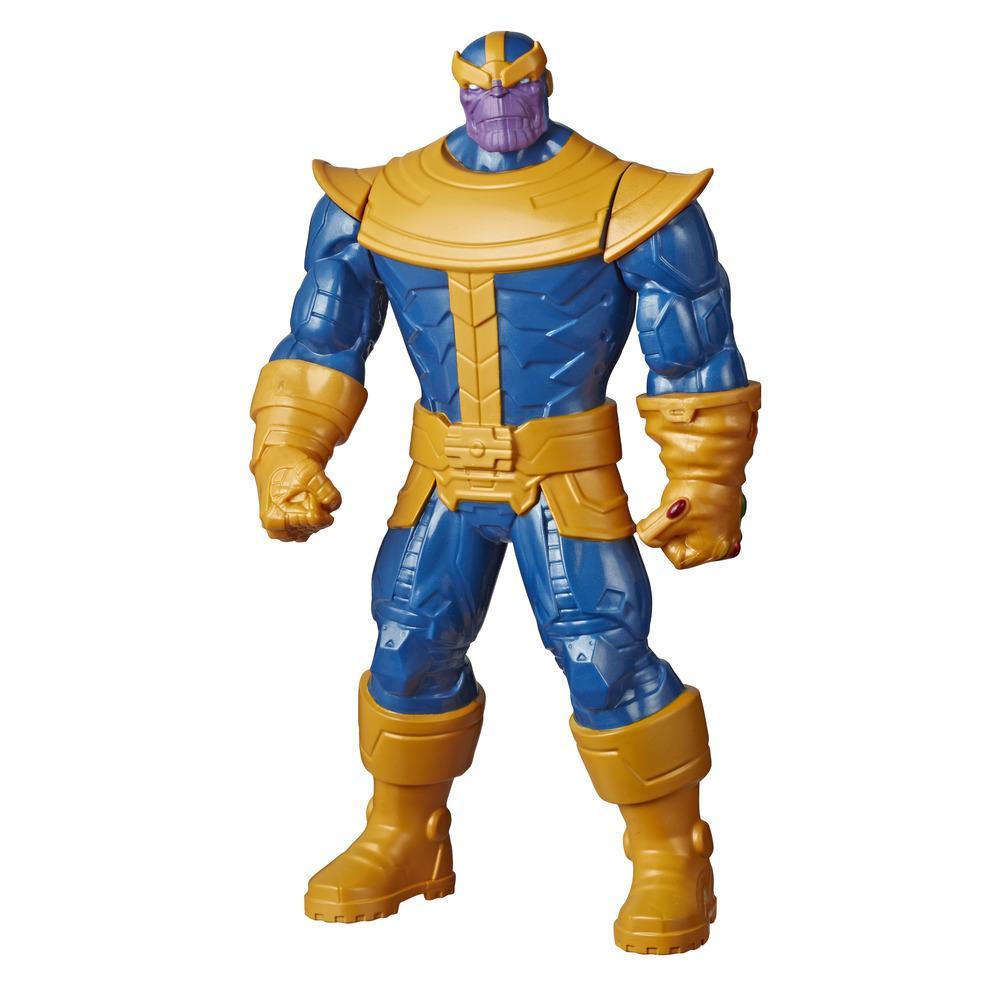 The Mad Titan, Thanos will go to shocking lengths in order to rule the universe!

• CLASSIC MARVEL FIGURE DESIGN: Inspired by the mighty Super Heroes of the Marvel Universe, these large-scale action figures offer kids ages 4 and up big Marvel action and adventure
• ICONIC MARVEL CHARACTER: Known across the galaxy as one of the most powerful beings ever to live, the Mad Titan Thanos is obsessed with shaping the universe to suit his unique personal vision
• FROM THE MARVEL UNIVERSE: The astonishing 80-year history of Marvel is jam-packed with excitement, action and adventure, and colorful characters like Iron Man, Spider-Man, Captain America, Captain Marvel, Black Panther, Black Widow, and more
• POSEABLE ACTION FIGURE: Each 9.5-inch scale Marvel action figure features 4 points of articulation -- head, arms, and waist -- so boys and girls and up can pose their figures for any adventure they imagine
• THE MARVEL UNIVERSE OF TOYS: Look for other 9.5-inch scale Marvel figures to start a collection, swap with friends, and give as gifts (Each sold separately. Subject to availability.)