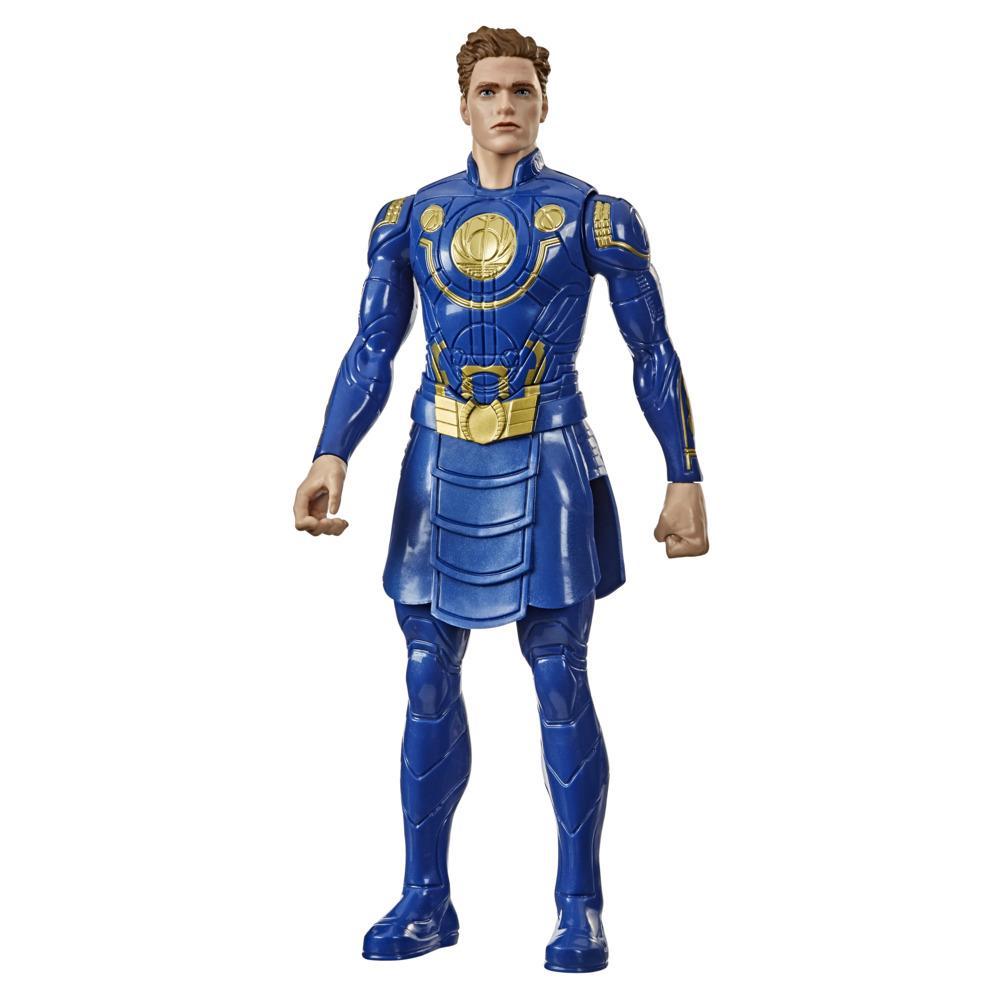 Ikaris is a mighty warrior and one of the most powerful Eternals in the universe. The Eternals are a race of immortal aliens from a distant planet who arrived on Earth thousands of years ago to protect humanity from a race of alien predators called Deviants. The Eternals were alerted to the Deviant threat by the Celestials, a race of cosmic builders whose fingerprints are on the very building blocks of life itself. Kids can imagine their own epic cosmic adventures with this Titan Hero Series figure inspired by Marvel’s Eternals movie, part of the Marvel Cinematic Universe. © 2020 MARVEL. © 2020 CPII Hasbro and all related terms are trademarks of Hasbro.

•ETERNALS MOVIE-INSPIRED 12-INCH TITAN HERO FIGURE: This Marvel’s Ikaris Titan Hero Series figure is inspired by the Eternals movie, part of the Marvel Cinematic Universe.
•IMAGINE SAVING THE UNIVERSE WITH THE ETERNALS: Imagine joining Marvel’s Sersi, Thena, and the rest of the Eternals as they battle the Deviants with this 12-inch Titan Hero Series Marvel’s Ikaris figure.
•LOOK FOR OTHER THE ETERNALS SUPER HERO GEAR: Look for other Eternals toys inspired by the Eternals movie. Additional products each sold separately. Subject to availability.