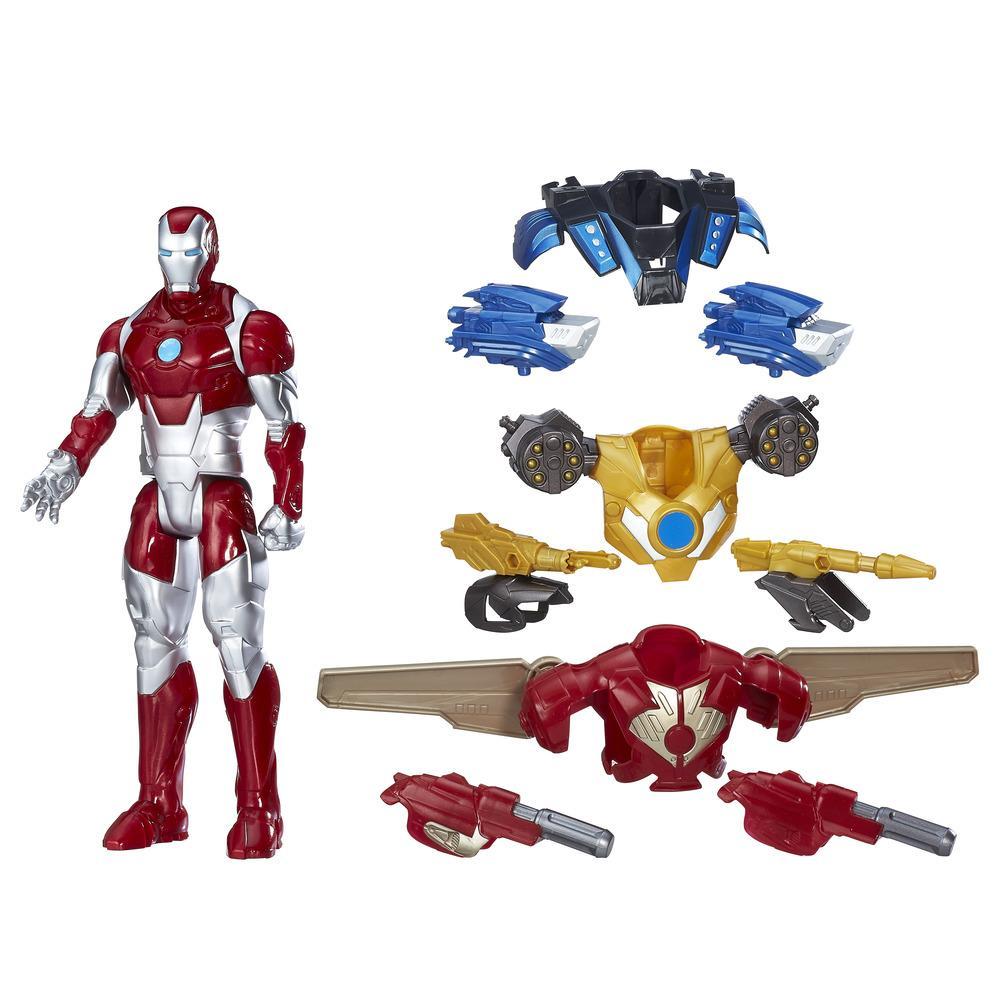 Iron Man defeats evil doers with superior armor that lets him dominate any environment! And with the Iron Man Combat Pack, kids can imagine the Armored Avenger crushing his opponents with three different sets of gear: aerial, ground, and arctic armor.

With this 12-inch Iron Man figure from the Titan Hero Series, adventure becomes mega-sized! The Iron Man Combat Pack includes 1 12-inch Iron Man figure featuring basic articulation and 3 sets of battle armor so kids can imagine Tony Stark gearing up in Stark Industries’ most adaptable, technological armors yet. With aerial, ground, and arctic armor accessories, kids can pretend to send Iron Man into exciting battles in a trio of environments, where his advanced gear lets him master any elements that come his way.