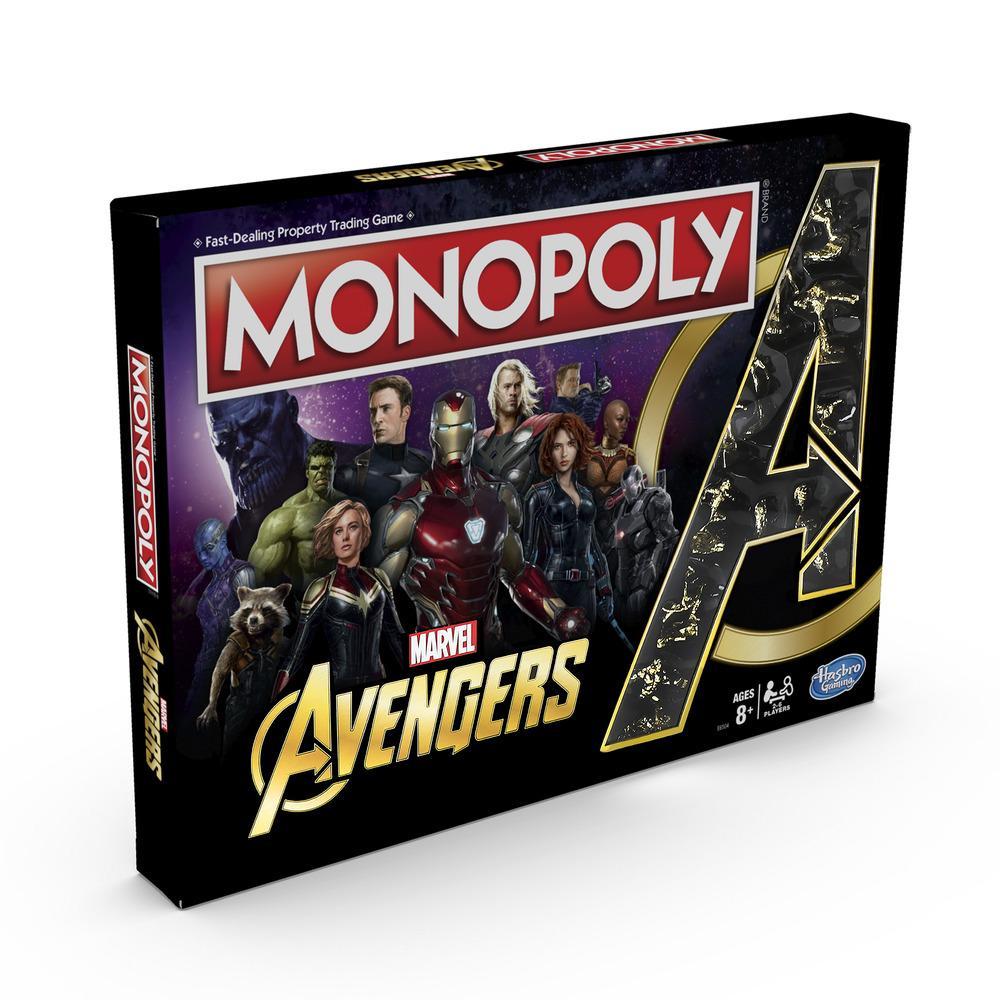 In the Monopoly: Marvel Avengers Edition board game, players travel around the board drafting as many Marvel Avengers heroes as they can. The more heroes a player drafts, the more money they can collect, and the more powerful they’ll be. Look out for the Children of Thanos spaces. When a player lands on a Child of Thanos, they have to battle them! Infinity Gauntlet and Stark Industries cards can quickly change a player's luck. The last player with money when all other players have gone bankrupt wins!

Copyright Marvel. All trademarks and registered trademarks are the property of their respective owners.

The Hasbro, Hasbro Gaming, Parker Brothers, and Monopoly names and logos, the distinctive design of the gameboard, the four corner squares, the Mr. Monopoly name and character, as well as each of the distinctive elements of the board and playing pieces are trademarks of Hasbro for its property trading game and game equipment.