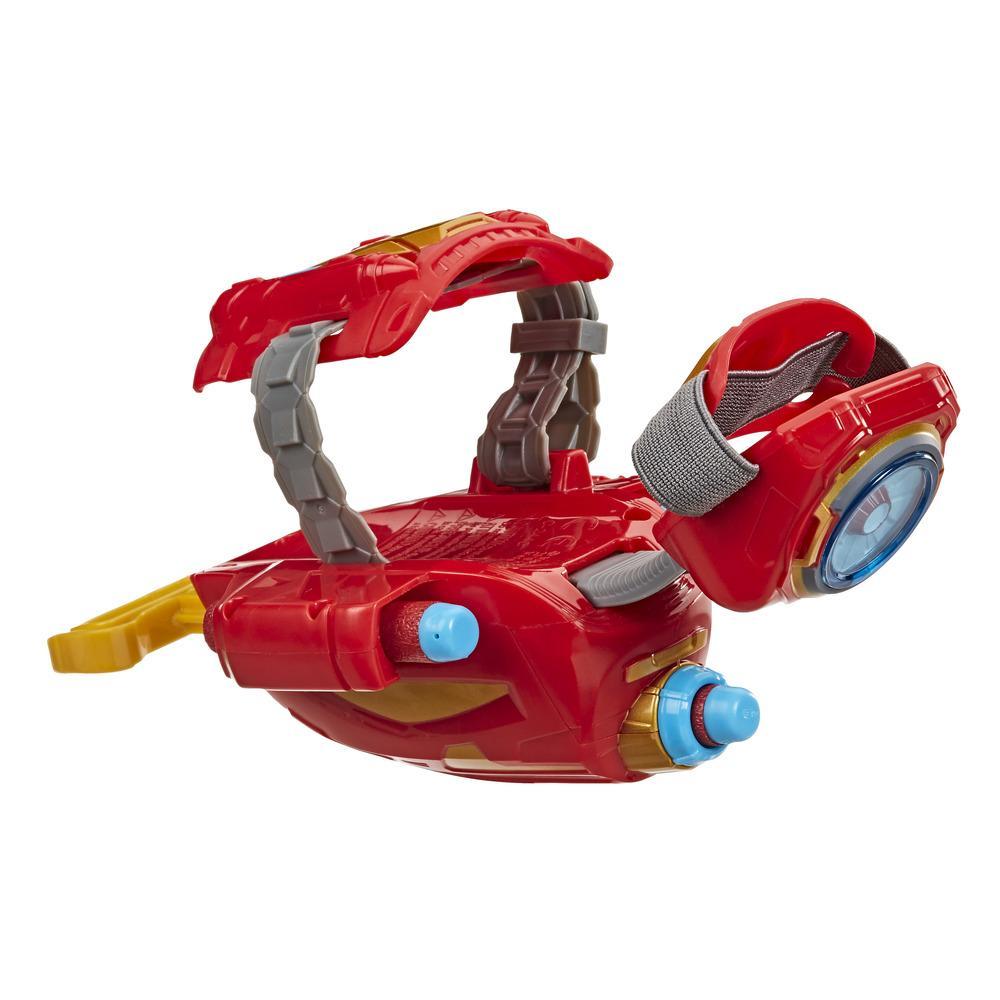 When he’s not driving flashy cars and attending VIP parties, billionaire philanthropist Tony Stark is helping the Avengers save the world as Iron Man!

• TONY STARK IS IRON MAN: Held against his will by enemies that want him to build weapons, billionaire genius Tony Stark instead creates a suit of armor to become Iron Man
• ICONIC MARVEL CHARACTER-INSPIRED DESIGN: Inspired by the mighty Super Heroes of the Marvel Universe, these Power Moves roleplay toys for kids ages 5 and up offer exciting Marvel roleplay action and adventure
• REPULSOR BLAST ATTACK: Boys and girls can imagine suiting up as Iron Man! Pull back the primer handle and perform a Repulsor Blast move to fire a NERF dart
• FROM THE MARVEL UNIVERSE: The astonishing 80-year history of Marvel is jam-packed with excitement, action and adventure, and colorful characters like Iron Man, Spider-Man, Captain America, Captain Marvel, Black Panther, Black Widow, and more
• COLLECTIBLE TOYS: Look for other NERF Power Moves Marvel Avengers roleplay toys to start a collection, swap with friends, and give as gifts (Each sold separately. Subject to availability.)