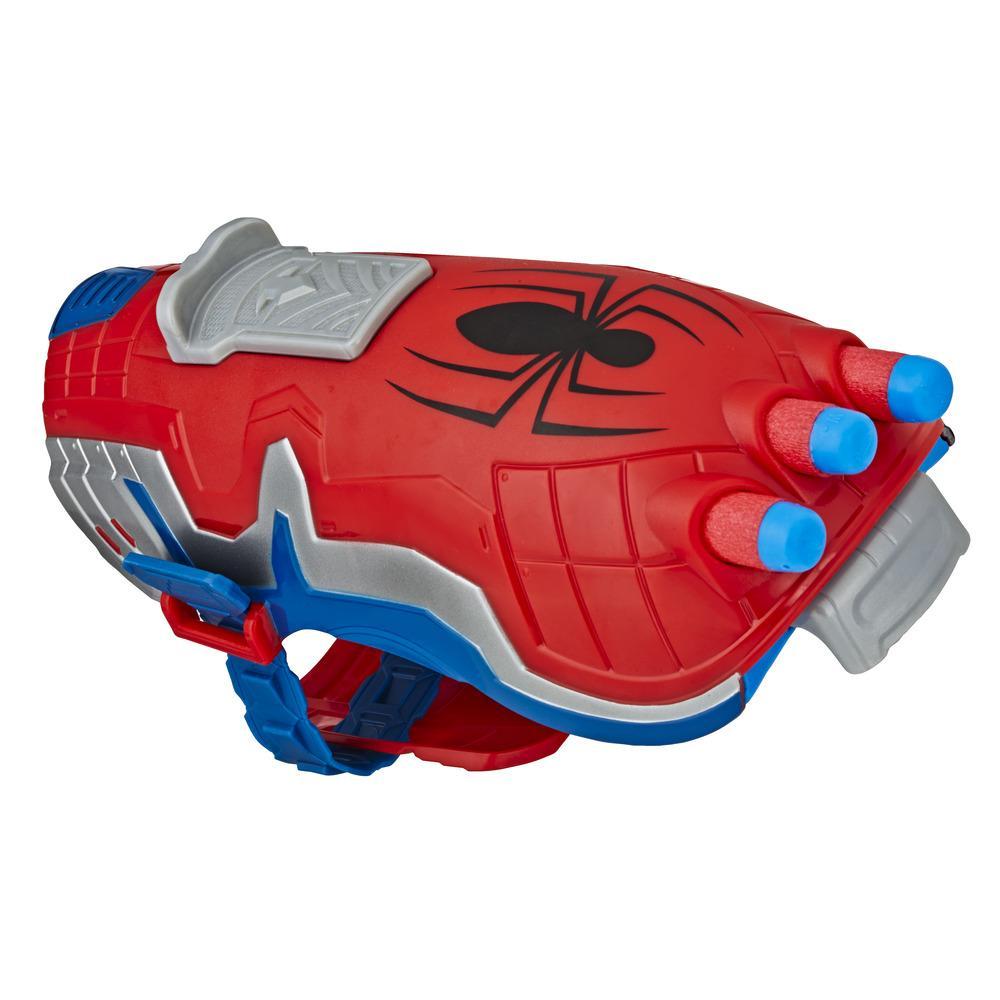 When he’s not trying to navigate the chaos that is high school, teenage science whiz Peter Parker swings through the streets of New York, battling crime as your friendly neighborhood Spider-Man!

With the NERF Power Moves Marvel Spider-Man Web Blast roleplay toy, kids ages 5 and up can imagine blasting webs at the bad guys! Boys and girls will love holding down the button on the front of the Web Shooter toy and preforming the Web Blast move, mimicking Spider-Man’s signature move to launch a NERF dart!

• PETER PARKER IS SPIDER-MAN: When high school student Peter Parker is bitten by a radioactive spider, he gains superhuman abilities and, with them, great responsibility, changing his life forever
• ICONIC MARVEL CHARACTER-INSPIRED DESIGN: Inspired by the mighty Super Heroes of the Marvel Universe, these NERF Power Moves roleplay toys for kids ages 5 and up offer exciting Marvel roleplay action and adventure
• WEB BLAST ATTACK: Boys and girls can imagine protecting the city of New York like Spider-Man! Hold down the button and perform a Web Blast move to launch a NERF dart
• FROM THE MARVEL UNIVERSE: The astonishing 80-year history of Marvel is jam-packed with excitement, action and adventure, and colorful characters like Iron Man, Spider-Man, Captain America, Captain Marvel, Black Panther, Black Widow, and more
• COLLECTIBLE TOYS: Look for other NERF Power Moves Marvel roleplay toys to start a collection, swap with friends, and give as gifts (Each sold separately. Subject to availability.)