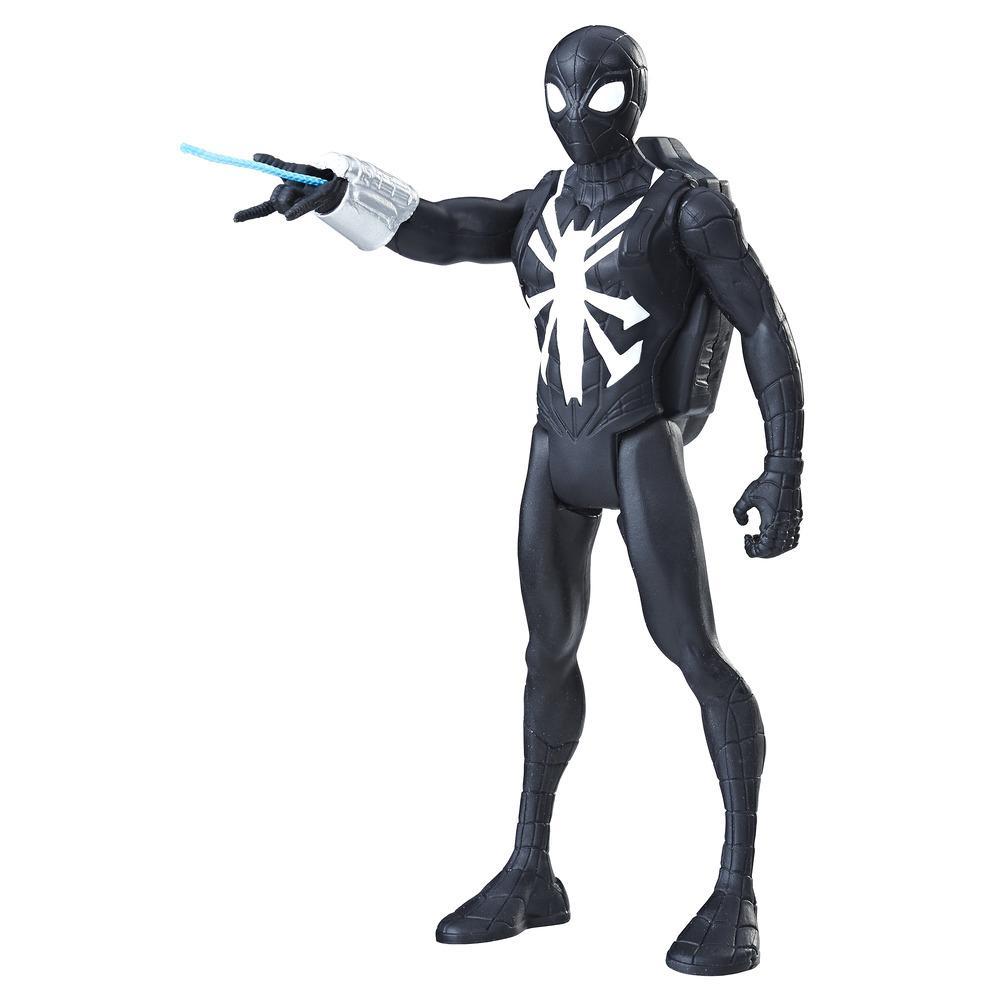 Spider-Man suits up in his black suit and gets ready to blast webs!

Imagine your favorite hero suiting up in black and using his web blasters to take down villains with this 6-inch scale Black Suit Spider-Man figure, featuring an air-powered web blaster! Press the air-powered pack to send webs blasting from Spidey's built-in web shooter! No batteries required!