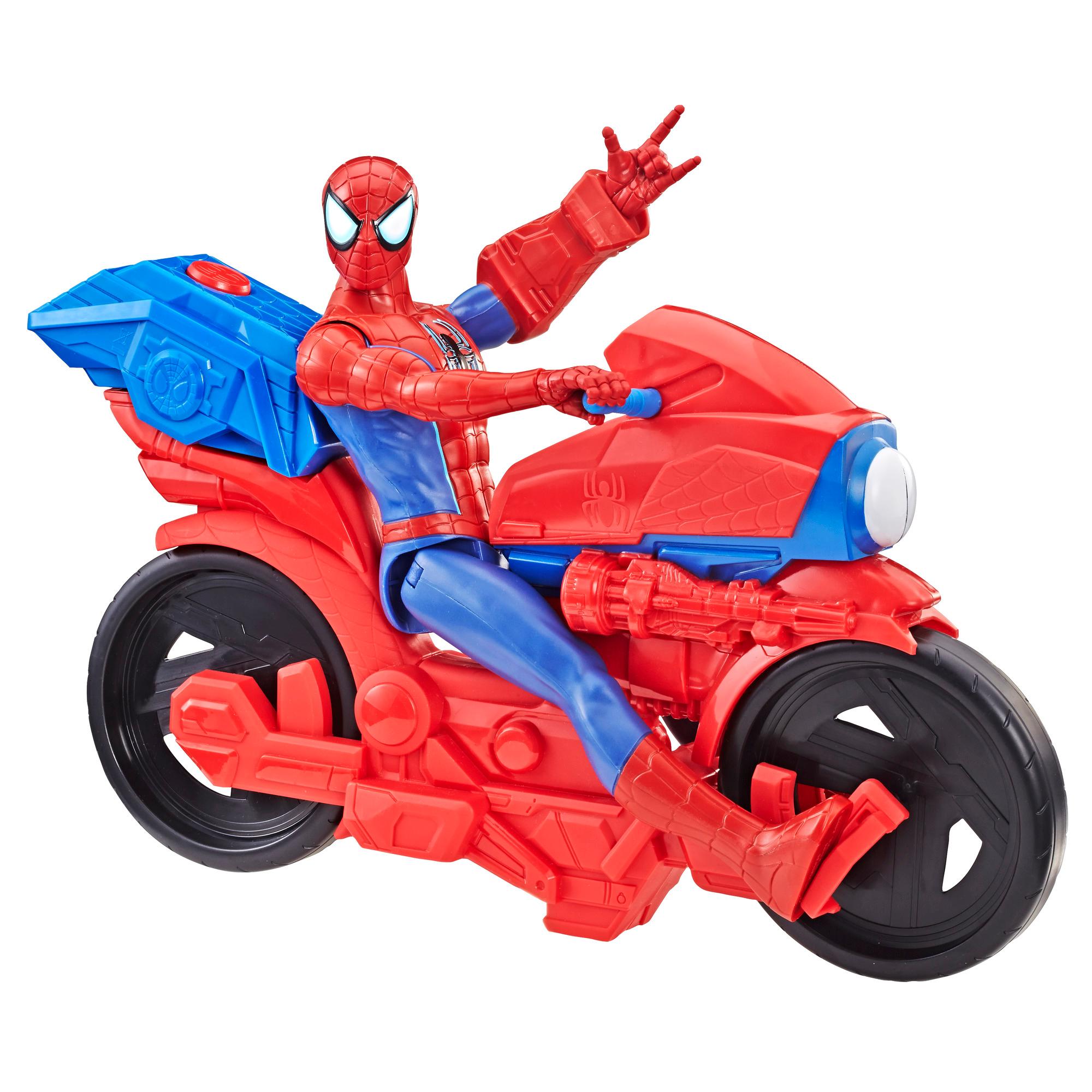 Spider-Man patrols the streets of the city on his spidey-styled power cycle.

Imagine the web-slinging hero cruising into action with the 12-inch-scale Spider-Man figure with Power FX Cycle from the Titan Hero Series! This figure includes a port for the Titan Hero Power FX launcher (not included; sold separately with Titan Hero Power FX figures) so when kids connect the launcher, they can power up their figure and activate character-specific sounds and phrases!

© 2018 MARVEL.
Hasbro and all related terms are trademarks of Hasbro.

THE SPIDER-MAN EVERYONE LOVES
Spider-Man is a classic Marvel universe character featured in comic books, animated series, and movies. The design of this 12-inch figure is inspired by Spider-Man's classic look. Imagine swinging through the city with the spider-powered hero as he shoots webs at his enemies with the Titan Hero Series Spider-Man Figure.