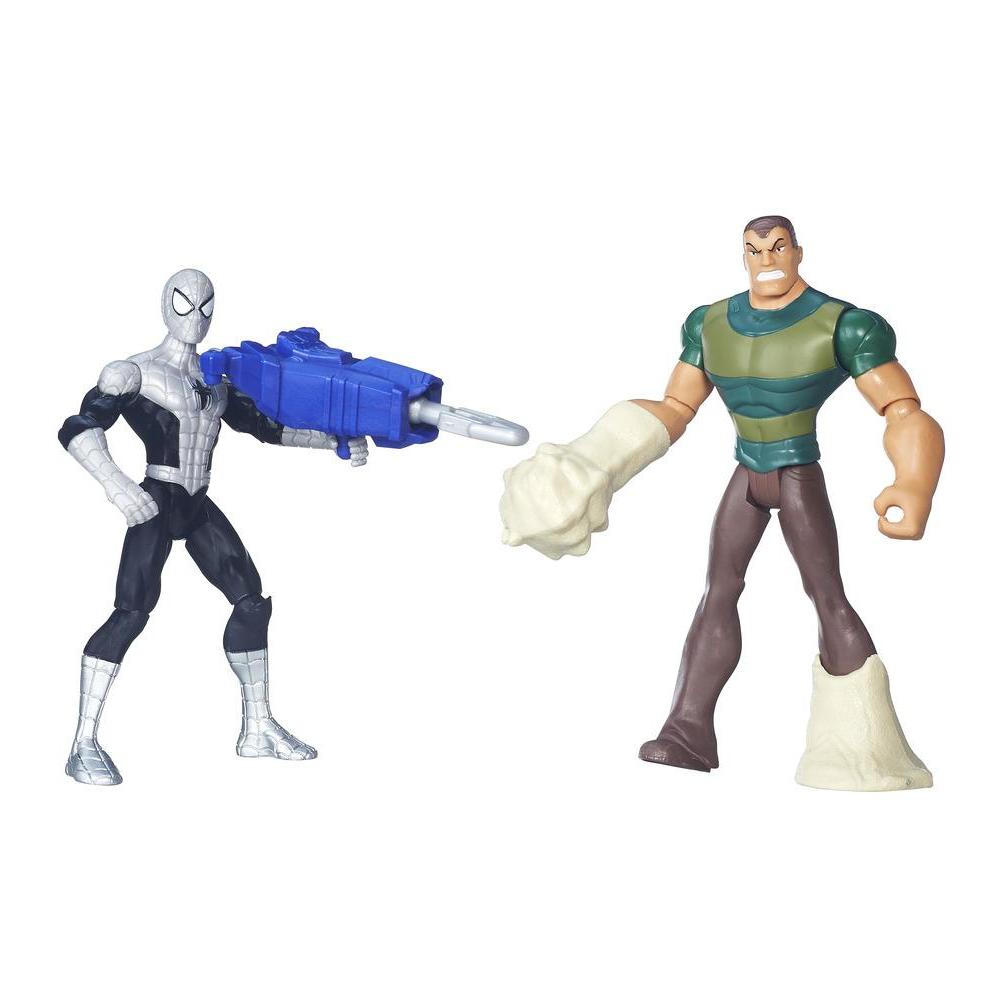 Ultimate Spider-Man Vs. The Sinister Six: Spider-Man vs. Marvel’s Sandman

When good takes on evil, Spider-Man and Sandman face off in a web-slinging, sand-storming showdown.

With this Spider-Man versus Marvels Sandman battle pack, superheroes-in-training can imagine sending the web-slinger into battle against one of the baddest bad guys around. Kids can use the included launcher and projectile to strike down the Marvels Sandman figure, and imagine Spider-Man protecting the world from even the sandiest of villains.